Posted at 21:01h in Parkinson’s by David Orrego
0 Likes
Share

Many illnesses start to manifest with specific symptoms. It is important to be able to recognize them in case this is happening to you or to someone close to you. Parkinson’s disease [Link to IDO202] is a neurodegenerative disorder that affects the nervous system, altering mobility and some cognitive functions. Here are the initial signs and symptoms of this disease:

The initial symptoms of Parkinson’s are mild, and become more noticeable with time.
Typically, the following symptoms are reported in the initial stage:

The symptoms that confirm the onset of Parkinson’s manifest themselves physically as well as emotionally.

Rhythmic movement that starts with one hand, one foot or the jaw.
Increases when the person is under stress or finds themself in stressful situations.
Tends to disappear during sleep.
May only affect one side or one part of the body.

Resistance or lack of flexibility in muscles.
Muscular imbalance
Muscles tense and contract leaving them weak and inflexible

Loss of spontaneous and automatic movement:

The deficiencies in the nervous system (which regulate muscle activity) cause incontinence and difficulty urinating.
The progressive slowness of muscles in the intestines and abdomen cause constipation.

Due to lack of proper movement of the facial muscles:

Weight may:
Decrease: due to motor fluctuations, medication, decrease in calories, cognitive deterioration, hiposmia, gastrointestinal issues.
Increase: due to effects caused by surgery for Parkinson’s or treatment with dopaminergic agonists 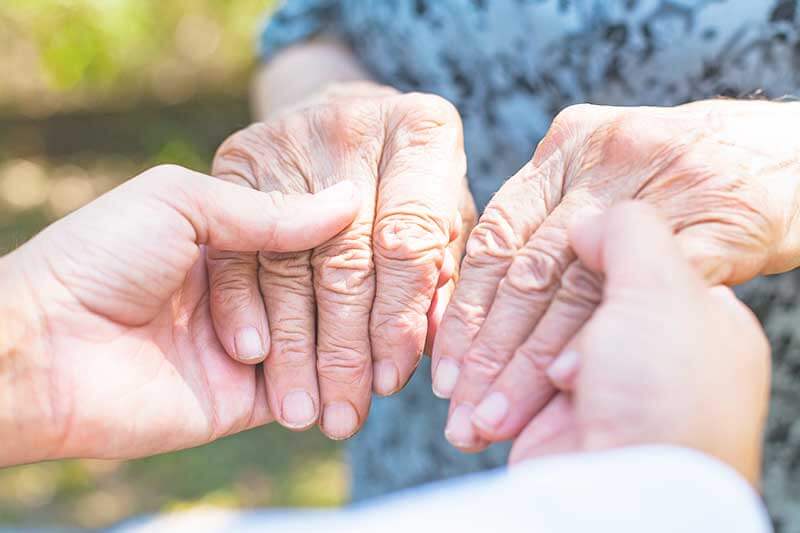 This is an issue that is common in all chronic illnesses:

These are only some of the symptoms of Parkinson’s. Some people may only show one symptom, others may show several, or manifest themselves in different ways. Each case is as singular as the person themself. Get to know some alternative treatments for Parkinson’s here.